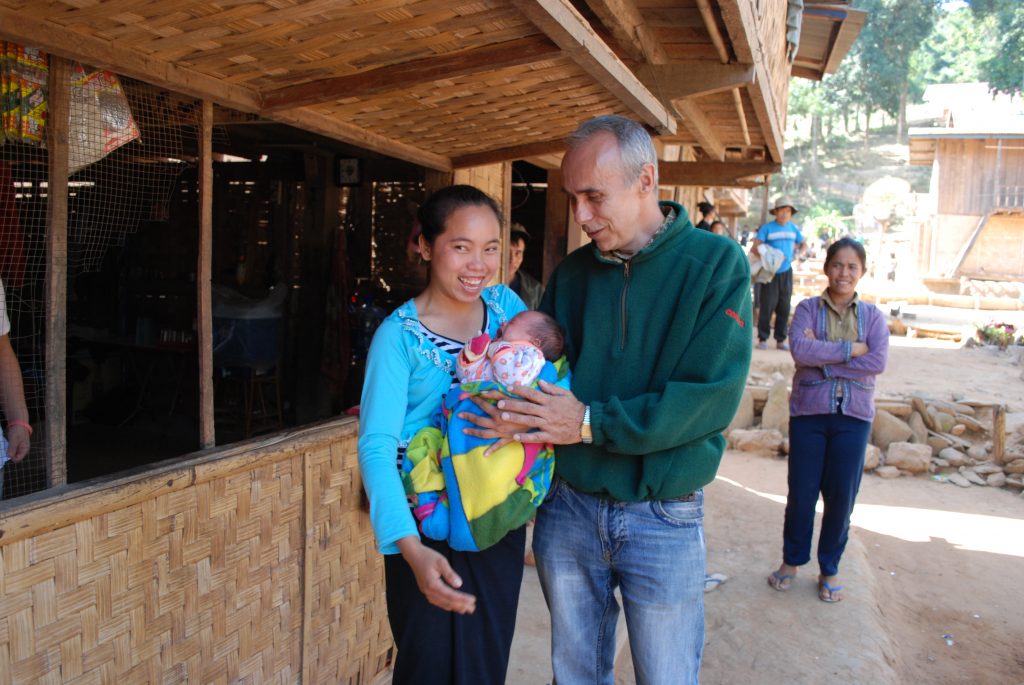 The day we came to officially open the primary school in Done Lom Village, there was a birth in the village.  I had not idea at the time but as we were leaving the village to head back to the boats, I noticed that Bounmy and others were caressing this infant.  As they left I went up and Bounmy called back to me that the child was named ‘Stebe’, after me (the villagers cannot pronounce Steve).  I was really touched…..and for those of you who might be thinking – no…it is not my child.