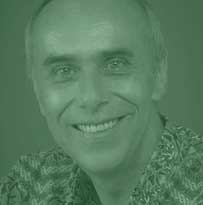 President of AAVIL, Rotarian on the International Committee with the Rotary Club of Whitby Sunrise, recipient of two Port Hope Civic Awards, the most recent in 2011 for Philanthropy, is a recipient of two Paul Harris Awards and The Spirit of Rotary Award. In 2016 Steve was awarded the Family and Community Award by the Rotary Club of Courtice. In June 2020, Mr. Rutledge was awarded the Bob Scott Disease Prevention Award from the Rotary District 7070.

Steve was co-owner of a medium sized computer firm for 22 years. Since then Steve has served on several boards and committees including the municipal Culture Committee, Skatepark Committee, Capitol Theatre Board, Canadian Spinal Research and others.