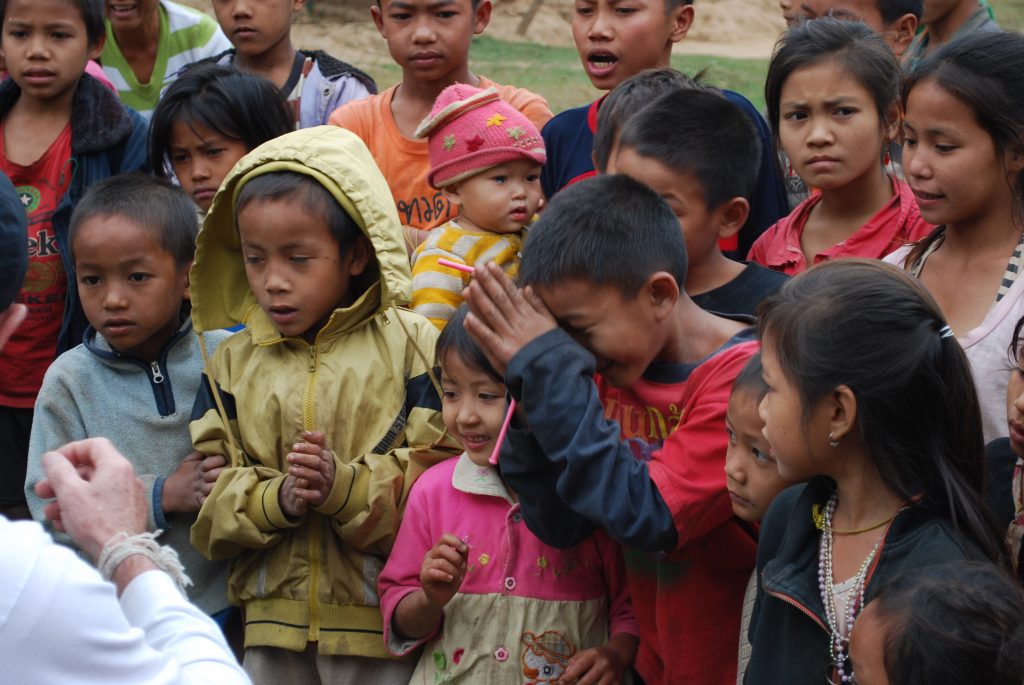 It is hard to believe that I am almost caught up with my blog entries!!!  We returned to Had Chanh to revisit friends, discuss some minor updates to the school and to discuss the build of permanent toilets for the village school.  Last year we built a temporary one but vowed to come back and build a permanent structure.  I also wanted to see the little girl who has cerebral palsy and take her a stuffed toy.  Finally, upon the insistence of Khamdee we were all invited to share in some Lao Hyan (sp.) which is a rice wine of sorts – a bit like the Japanese Saki.  I have to admit that I suffered with Motezuma for the next three days.  I knew I shouldn’t have had any, or perhaps limit it to just a sip but it is difficult to say no when they prepare it in your honour!

Here are some highlites;

Kids just can't resist candy - nor can the adults She remembered me!!!! I just melted with that smile and didn't want to leave Sharing Lunch with the school teacher from last year

It was particularly difficult to see the man sitting next to me with the tuque.  He was the school teacher last year and had sent a letter to the District Government to ask to retire.  So vibrant at the time – always smiling.  About 3 months ago he suffered a stroke but has been able to walk with a lot of difficulty and one arm is of no use – at least he can talk.  I wish there was something I could do and he asked to go to the hospital but they do not have the facilities or the expertise to deal with this.  Khamdee (teachers son on the right) said he would explain to his mother when they were alone. Heading back to Nong Khiaw - what a great shot! Thank you Sean